There has been increasing interest in using neuroimaging measures to predict psychiatric disorders. However, predictions usually rely on large brain networks and large disorder heterogeneity. Thus, they lack both anatomical and behavioural specificity, preventing the advancement of targeted interventions. In the first part of the talk, I will present a study that begins to address both challenges. Here, using resting-state functional magnetic resonance imaging from the Human Connectome Project (HCP), we parcellated the amygdala, a region implicated in mood disorders, into seven nuclei. Next, a questionnaire factor analysis provided subclinical mental health dimensions frequently altered in anxious-depressive individuals, such as negative emotions and sleep problems. In the critical step, for each behavioural dimension, we identified the most predictive resting-state functional connectivity between individual amygdala nuclei and highly specific regions of interest, such as the dorsal raphe nucleus in the brainstem or medial frontal cortical regions. Connectivity in circumscribed amygdala networks predicted behaviours in an independent dataset. The results of this first study show that there are specific relationships between mental health dimensions and connectivity in precise subcortical networks.

The second part of the talk will focus on pilot data acquired on a decision-making task. Decision making is often reported to be compromised in mood disorders, yet this has not been consistently replicated in studies examining choice behaviour in laboratory settings. Here we test the hypothesis that more ecological situations where choices require effort and an evaluation of whether to leave an ongoing behaviour or not, might help provide us with more sensitive markers of decision problems in mood disorders. I will present preliminary results from pilot work showing participant???s behaviour in this task. 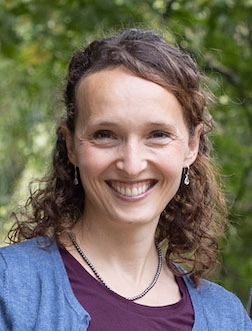